Unknown where the Cursed Wave was born...
After the stars doth cross the heavens...
The sky in the East doth darken.
And air doth fills with mourning.
From the chosen land beyond the forest,
A sign of the Wave comes.
Riding the Wave is: Skeith, the Shadow of Death,
to drown all that stands.
Mirage of Deceit, Innis,
Betray all with the flawed image,
and did aid the Wave.
And by the Power of Magus,
a drop from the Wave doth reach the heavens,
and creates a new Wave.

With the Wave, Fidchell,
the power to tell the dark future,
hope darkens, sadness and despair rule.
Gorre schemes when swallowed by the Cursed Wave.
Macha seduces with the sweet trap.
Wave reaches the Pinnacle, and escape none can.
Tarvos still remains with more cruelty to punish and destroy.
And with the turbulent destruction after the Wave.
Only a void remains.
From deep within the void arrives Corbenik.

Yet to return, the shadowed one.
Who quests for the Twilight Dragon
Rumbles the Dark Hearth,
And Helba, Queen of the Dark, has raised finally her army.
Apeiron, King of Light, beckons...
At the base of the rainbow they meet.
Against the abominable "Wave," together they fight.
Alba's lake boils.
Light's great tree doth fall.
Power - all now to droplets turned in the temple of Arche Koeln.
Returns to nothing, this world of shadowless ones.
Never to return, the shadowless one.
Who quests for the Twilight Dragon.

The wife buffeted by "waves" turns her back on the field.
The daughter that waited for the shadows repeated,
"For sure... For sure I can go home."
But the girl did not know...
The truth that waited at the end of the journey
The eternal mourning of her land.

In the place of the calamitous, only life was known.
After the circling stars
When the eastern dark void, the air full of despair
In the depths of the divided forest, in the land of Karma,

Riding fast on the path is Skeith
Bearing death's shadow, it eliminates all that seek to thwart it.
The Confusing Mirage, Innis
Deceives those that see it with illusions, rescues the waves

The wave soaring high, when its head is smashed,
A new wave will emerge
To become Magus's power.
When questioning the wave,
Hope's light will be lost when he speaks of the dark future of where
sorrow and resignation reign.
Using Fiddlehiem's Technique

When engulfed by the Waves of Calamity, Gorre will plan
The sweet snare of conciliation is Macha
The Waves, an exceeding maelstrom
Nothing can escape

When you think you have escaped, Tarvos exists
To destroy those with his exceeding cruelty
Upon violent requital, only to remain is the void, the vacant darkness
is the harbinger that Corbenik is to appear.
Perhaps then the Wave is just a
beginning as well. 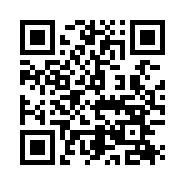